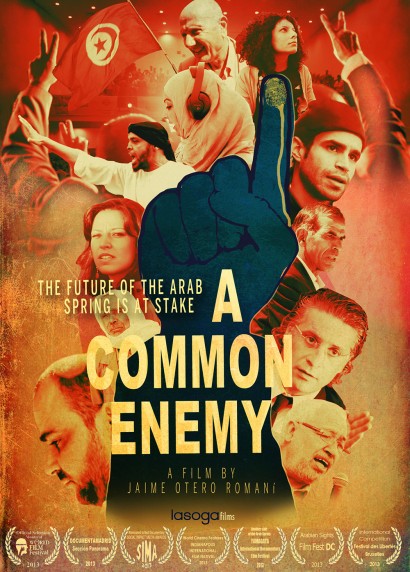 The license covers exhibition rights for non-paying audiences only. Contact us to host a SCREENING.

A Common Enemy is a political documentary thriller based on the first ever free elections in Tunisia after the Arab Spring Revolution, seen through the eyes of the protagonists of this historical event. This revolution is now an echo in their minds, as impending changes will rapidly modify the country’s society, especially as the victory of Islamic political party EnNahda becomes more and more likely. Throughout a one-year period “A Common Enemy” follows the creation, development and crisis of a newly born democracy, not only reflecting on the future of the Arab Spring but also on the future of contemporary democracy itself.